With more and more Scottish sides, at all levels reverting to next generation AstroTurf pitches and the Women’s World Cup next year in Canada set to be played on majority artificial parks, despite the protest of top figures in the ladies games, is it time to accept that ‘plastic’ pitches are here to stay? 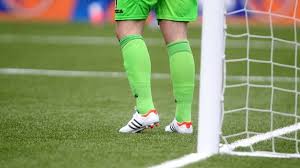 A decade ago most of us would return from a kick about with grass on our knees and a clump of mud inexplicably mashed into our scalp and whilst that scenario is still applicable today it becomes an ever rarer sight as grass stains are replaced with the occasional graze and clumps of mud being replaced by thousands of tiny rubber balls that get into every human crevice imaginable, and I mean all of them. For most casual footballers a midweek evening or Saturday morning is spent running about one of the thousands of artificial pitches across the country. So why is it that players with no discernible quality can muddle through but highly tuned athletes throw their toys out of the pram as soon as they’re asked to adapt ever so slightly? After all the ball is still round, the goals are still the same size and there is still the same number of players running about a marked out area of rectangular land, I think it’s time it throw off the shackles of negativity and embrace something that is here to stay.

So how do you start to look at something with a glass half full point of view? By focusing on one of the most predominant glass half empty arguments. Artificial pitches cause injuries that when playing on grass would never occur. The evidence suggests that this is the only real true negative of playing on an artificial pitch, I am happy to admit that on certain artificial parks I leave the pitch a lot sorer than others but then my warm up usually consists of eating a pack of fruit pastilles, a few impressive looking but ultimately useless stretches and blasting the ball at anybody who makes the mistake of bending down to tie their laces. I don’t spend my week training on it, following a properly structured warm up and warm down regime whilst having the luxury of immediate access to physiotherapists and trainers when required. Football and it’s stakeholders are renowned, when they want to be, for innovation and are quick to move the game ‘forward’ whether it be with neon ankle high boots, skin-tight muscle armour or shaving foam in a can. So why can’t Nike, Adidas or Gillette create something that helps with the aches and pains so many players fear? Do you know what? They can and they no doubt will. Therapies will develop and training regimes will be altered to accommodate the variances in conditions between grass and not-so-grass.

In fact it’s football’s ability to innovate that has seen the growth of these pitches in our game, for you see the UK, and Scotland in particular, is prone to the kind of weather that makes football in winter a bit of a challenge. neNer mind getting a match on sometimes teams can go weeks without training. Football’s solution: all weather training pitches, the pre cursor to those that are being used in competitive games today and in this lies the flaw in the argument that players aren’t used to playing on them, they very much are, in some cases everyday. The excuse that a team is not used to playing on an artificial pitch is catching up on the referee and injury lists as a justification for an abject performance. A win one week on is quickly  forgotten when a defeat occurs on the same surface soon after.

The excuses of failure, which often infuriate me so, can usually be justified by one of the following lines when a manger is pressed in a post match interview:

Let’s address these points together as best as we can. Firstly yes it is true that on occasion a ball can grip on an artificial pitch resulting in a bounce that’s a little higher and a run that’s a little quicker but let me give you some names to consider. Tim Flowers. Peter Enckleman. John Terry. Each victim, if they are to be believed, in some way shape or form to variances in a grass pitch that an artificial park never would have thrown up. Even considering my relatively young age at the time I still remember Flowers going down on one knee to catch a fairly tame long-range effort from Stan Collymore only for it to hit a divot, hop over his shoulder and drop into the net. While many will remember Peter Enckleman’s inability to control a throw in during a Birmingham derby resulting in an own goal that will forever stand the test of time the Finn bettered the trick a couple of years later when a miskick, no doubt of which will be blamed on a bobble, gifted Preston forward Chris Brown the easiest of goals.

Perhaps the best example belongs to John Terry though, self-proclaimed King of Chelsea and publically divisive figure. In 2008 he had the opportunity to do something that no other Chelsea captain had done before and lift Europe’s biggest club prize, the Champions League trophy, even better he could score the winning penalty. With the chance to confirm his blue tinged legacy the defender slipped and the ball went high into the sodden Moscow sky. The irony being that despite the Luzhniki Stadium housing an artificial pitch for much of the season prior to the final  UEFA decreed that their grandest prize must be played on grass. If the grass had never been laid then Dorgba’s glory a few years later could have all belonged to John. So you have to ask would Tim, John or Peter have preferred a pitch that would behaved itself like it should have done rather than one that made a ball bobble or a foot slip. It begs the question is grass really better?

Yes. In an ideal world a well manicured grass pitch is infinitely better than even the highest spec artificial surface. However how many of those parks really exist in today’s highly commercialised society where football stadiums also host rugby, NFL and music concerts amongst a plethora of other things. With ever-expanding international and domestic calendars designed to engage clubs of all levels football grounds are used more now than ever before so naturally wear and tear will become ever more prominent. All this though is based on the theory that the pitch to start off with is of a high standard.

Pitches at the last two World Cups in South Africa and Brazil, for example, have been chastised for their poor quality with brown patches painted green and enough sand to populate a small beach just some of the measures to improve the potential quality of play. How often during the festivities in South America did you hear managers moan, particularly in Manaus, about the state of the pitch.

I have to ask, what do you expect? A tropical climate where it’s baking hot one minute torrential rain the next is hardly an ideal place to grow a football pitch. The African Cup of Nations is forever being played on pitches that have as much grass on them as can be found in the middle at Lord’s or the Oval. The list goes on. Wembley couldn’t get grass right for years and switching sports for a second Murrayfield’s nematodes became as synonymous with the Six Nations as Archie Gemmell’s goal at the 78 World Cup became with Scotland’s ability to achieve glorious failure. When those at the very top can’t get it right what chance do those at the bottom have?

That’s not to say you don’t find many a fine grass park at lower league grounds because you surely do but when clubs are ever increasingly looking to find ways to make ends meet the last thing they need is an impromptu 6 week winter break and it is here that the artificial pitch comes into its own. In the summer Rugby Park became the ninth Scottish senior ground to host an artificial surface and the second in the current Scottish Premiership (Hamilton being the other). The reason for the move done at some cost, was done to facilitate a clearance of debt and move the club back to Kilmarnock on a day-to-day basis. But it doesn’t stop there as others have shown. Hamilton have hosted a number of Scotland youth internationals at New Douglas Park while current SWPL champions Glasgow City play their league and European games at Airdrieonians Excelsior stadium while clubs such as Stenhousemuir and Queen of the South amongst others use their artificial pitches to create revenue 7 days a week renting the pitch out for local teams and everyday punters like you and me for kick about. Making their stadiums the hub of their community, it sounds pretty fanciful but these things are actually happening right now.

This has even tricked down to the juniors, and while its sad many an old ground has fallen by the wayside for identikit supermarkets and three bedroom houses the money earned has been used to rejuvenate clubs who had merely been surviving. In a country where fiscal responsibility has been ringing in our ears for months is it not fiscally responsible for Scottish clubs in particular to make the most of the assets they have? In years to come will these teams be seen as innovators? I think so.

In an ideal world football should be played on grass at 3pm on a Saturday afternoon. Maybe those that lambast the usage of artificial pitches are longing for a simpler time, nostalgia has a funny way of doing that. Maybe they have some genuine concerns about the long-term health of players some of which doesn’t appear to be without foundation but just as television has made a 3pm kick off as common as 7.15pm on a Monday night so will an ever-changing climate and financial responsibility see artificial pitches work hand in hand with traditional grass park’s marrying the past and future for many clubs across the country, maybe even the world.

Artificial pitches are here and they won’t be going away.